This announcement is to provide public notice of the National Park Service (NPS), intention to fund the following project with University of Alaska Fairbanks under a Cooperative Ecosystem Studies Unit (CESU) program.

CESUs are partnerships that provide research, technical assistance, and education. 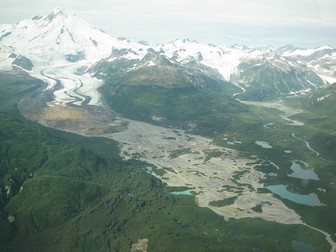 How's Your Community Doing?
Check Out it's
Community Vital Signs
project intended award is $298,01 1. 0 0. This is a continuation of an existing agreement, number J2141090006 ending on September 30, 201 3. Continuation  The activity to be funded is necessary to the satisfactory completion of, or is a continuation of an activity presently being funded, and for which competition would have a significant adverse effect on the continuity or completion of the activity.

Combined, these parks comprise approximately 5 4. 7 million acres and include a diverse array of geologic features, ecosystems, wildlife and plant species, and climate patterns.

To gain a better understanding of how these landscape components contribute to the richness and character of the Alaska parks, the NPS has developed Inventory and Monitoring (I&M) programs for vegetation, wildlife, fish, coastal and glacial processes, and weather.

The I&M programs also help the NPS determine how best to manage and protect park resources for the future.

It is the intent of this project to establish a collaborative effort between the AKRO I&M and GINA to augment GINAs current AVHRR and MODIS holdings with NDVI and Snow products currently being used to measure landscape processes by ecologists within the AKRO I&M program.

This collaborative effort seeks to leverage GINAs expertise in satellite data acquisition, processing, management, and distribution capabilities of AVHRR and MODIS satellite imagery to streamline procedures currently employed by NPS I&M ecologists when measuring the onset and freeze-up of ice on large freshwater bodies, pattern and timing of snow cover, and trends and changes in growing season.

Objectives Intend to acquire, modify, and make publicly available through a centralized geospatial data clearinghouse (GINA) the following NDVI and Snow datasets (described above):
 Greenness of the Conterminous U. S. and Alaska  MODIS 16-Day NDVI Composite Imagery  MODIS Snow Extent Imagery Products This project intends to obtain and modify several AVHRR and MODIS derived datasets that are currently available free of charge for download over the internet from several satellite data production facilities.

The intent of the project is to centralize and automate data management by leveraging expertise and infrastructure resources available at the Geographic Information Network of Alaska (GINA).

This project will obtain standardized AVHRR and MODIS NDVI and Snow products from existing archives at the USGS EROS Data Center, NASAs LP DAAC, and the National Snow and Ice Data Center (NSIDC).

In coordination with these source data owners (i.e., NASA LP DAAC) each dataset will be reprocessed by GINA using Alaska specific parameters (i.e., projections used for polar regions) and then served over the Internet using web coverage service (WCS) feeds.

The result of these efforts will not only expand and augment the current AVHRR and MODIS archives located at GINA, but it will also centralize data storage and management of AVHRR and MODIS NDVI and Snow data products for retrieval by NPS staff.

This centralized data management and storage will streamline the process flow of ecological landscape research currently being conducted within the NPS I&M program.

Given the broad extent of these datasets, these resulting products will not only be consumable by the NPS, but they will also be made available to other agencies, researchers, and the general public over the Internet who might be interested in NDVI and Snow products in Alaska.

More Homeless Patients Are Being Discharged With \"No Fixed Abode\"