NPS, working with government agencies, universities, and private not-for-profit organizations, has designed a process and developed protocols for monitoring long-term ecological integrity of national park ecosystems in the North Coast and Cascades Network (NCCN) of national parks of the Pacific Northwest. 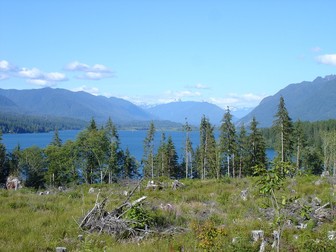 Breeding populations of landbirds have been identified as an important indicator of changes in ecological condition of these park units, and have been selected for long-term monitoring.

This action originally announced on Grants.gov as P14AS00079 and is herein modified.

The Institute of Bird Populations (IBP) has a lengthy history of working with the National Park Service to inventory avifauna in park units throughout the country.

Subsequently, the NCCN adapted those recommendations and established a cooperative agreement with the Institute to conduct large-scale avian inventories in North Cascades, Olympic, Mount Rainier, and San Juan Islands.

The Institute completed fieldwork for these avian inventories in 2004 (Siegel et al.

Consequently, the Institute has become the leading expert in conducting avian inventories and monitoring programs in national parks of the NCCN.

In October 2003, the Institute entered into a 3-year cooperative agreement with US Geological Survey to help the NCCN develop a Landbird Monitoring Plan that included a peer-reviewed monitoring protocol and a manual of Standard Operating Procedures (SOPs).

A draft protocol and SOPs were written and peer-reviewed in summer/fall of 200 6. Implementing this protocol enabled NCCN parks to track and understand how avian communities and their habitats respond to natural processes, to distinguish differences between human-induced disturbance effects and those caused by natural processes, to provide early detection of environmental impairment, and to provide park managers with comprehensive, scientifically-based information about the nature and status of selected biological resources occurring within park boundaries in a form that increases its accessibility and utility for making management decisions, for scientific research, and for educating the public.

The National Park Service will award this task to the Institute of Bird Population based on the following exception - Unique Qualifications - IBP is uniquely qualified to perform the activity based upon demonstrated factors, specifically, location, technical expertise, and other unique qualifications as outlined in this document.

The National Park Service, North Cascades National Park, intends to award a Modification to Task Agreement (TA) P14AC01123 to provide for additional avian studies in fiscal year 2015 based upon this announcement and the receipt of additional funding after the original Task Order was awarded in April 201 4. Presently, a five year Cooperative Agreement is in place for avian monitoring and related services, this TA is to fund the following:
Pre-season planning for monitoring in FY 1 5. Revise Landbird protocol methods and SOPs based on recommendations in the published the synthesis report.

Why This Book Needs to be Read By Every Social Entrepreneur

Pedagogy of the Oppressed, a 1970s book by author Paulo Freire, envisions a world not as a given reality, but as “a problem to be worked on and solved.” That mentality is often applied to the greatest social entrepreneurs.