The Zero Suicide model is a 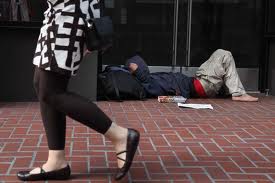 The purpose of this program is to implement suicide prevention and intervention programs, for individuals who are 25 years of age or older, that are designed to raise awareness of suicide, establish referral processes, and improve care and outcomes for such individuals who are at risk for suicide.

Grantees will implement the Zero Suicide model throughout their health system.

Health systems that do not provide direct care services may partner with agencies that can implement the Zero Suicide model.

Who Will Benefit from the Medicaid Expansion under the Affordable Care Act?

On Discussing Women and Social Enterprises

Equal Treatment for the LGBT Community Can Spur Economic Development

§ 1603(14), refers to any Indian tribe, band, nation, or other organized group or community, including any Alaska Native village or group or regional or village corporation as defined in or established pursuant to the Alaska Native Claims Settlement Act (85 Stat.

§ 1601 et seq.], which is recognized as eligible for the special programs and services provided by the United States to Indians because of their status as Indians.

A tribal organization, as defined at 25 U.S.C.

§ 1603(26), is the recognized governing body of any Indian tribe; any legally established organization of Indians which is controlled, sanctioned, or chartered by such governing body or which is democratically elected by the adult members of the Indian community to be served by such organization and which includes the maximum participation of Indians in all phases of its activities: Provided, that in any case where a contract is let or grant made to an organization to perform services benefiting more than one Indian tribe, the approval of each such Indian tribe shall be a prerequisite to the letting or making of such contract or grant.

An Urban Indian Organization, as defined at 25 U.S.C.

§ 1603(29), operating pursuant to a contract or grant with the Indian Health Service is a nonprofit corporate body situated in an urban center, governed by an urban Indian controlled board of directors, and providing for the maximum participation of all interested Indian groups and individuals, which body is capable of legally cooperating with other public and private entities for the purpose of performing the activities described in [25 U.S.C § 1653(a)].

Applicants who have submitted an application for National Strategy Grants may also apply for a Zero Suicide grant.

However, an applicant organization may only receive one award: either a National Strategy grant or a Zero Suicide grant.

If both applications are in the fundable range, applicants will receive the Zero Suicide award.

Change in the World of Work and Enterprise: Get Young People Into Work

The position young people are dealt with can be complex, and yet the entire economic system is still focused for an age that’s almost gone astray. The solution? Promoting social enterprise and getting these young people integrated into work.