This project is meant to serve as a catalyst for part of an ongoing regional biocontrol effort focusing on education, field rearing, collection, and redistribution of Laricobius nigrinus, a specific native natural enemy of the HWA.

Including collection and establishment of another HWA predator, 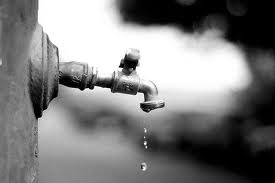 How's Your Community Doing?
Check Out it's
Community Vital Signs
Scymnus coniferarum (expected to be permitted for field release in May 2012).

In the Pacific Northwest, predators, especially Laricobius nigrinus, and Scymnus coniferarum play a critical role in controlling HWA through high rates of predation, and thus allowing trees to remain healthy while at the same time harboring low levels of HWA predators sustainably.

The goal of this effort is to replicate that natural complex of predators in the eastern U.S.APHIS is looking to complete six objectives:
1) Monitor the phenology, host specificity, impact, and spread of Laricobius nigrinus populations through periodic beat sheet sampling at the three oldest release sites in northwestern North Carolina, 2) Organize L.

nigrinus back to cooperators in the High Country for immediate field release; 4) Release collected beetles into 7 new insectary sites, one per each county in the High Country of NC,5) Use information gained during life history studies to accelerate and improve strategic releases, establishment, numerical distribution, dispersal, and impact of L.

nigrinus as a predator of the hemlock woolly adelgid throughout the southern and central Appalachians and, 6) Disseminate data and technology transfer into the appropriate APHIS/Forest Service HWA database and transmit findings at regionally appropriate meetings and appropriate publications.