Puget Sound has been designated an estuary of National Significance under ÃƒÆ’Ã†â€™ÃƒÂ¢Ã¢â€šÂ¬Ã…Â¡ÃƒÆ’Ã¢â‚¬Å¡Ãƒâ€šÃ‚Â§320 of the Clean Water Act.

The goal of all 28 National Estuary Programs is to attain and maintain water quality in designated
estuaries that would assure protection of public water supplies and the protection and propagation of a balanced, indigenous population of shellfish, fish and wildlife and allows recreational activities in and on the water.

The goal of the Puget Sound National Estuary Program, i.e., the Puget Sound Partnership, approved Comprehensive Conservation and Management Plan (CCMP) (the 2020 Action Agenda) is to restore and maintain the Puget Sound Estuary"s estuarine environment, by 2020, so that it will support balanced indigenous populations of shellfish, fish and wildlife and support the extensive list of recognized uses of Puget Sound.

In the FFY 2009 Omnibus Appropriations Act, Puget Sound restoration funds are provided to develop and implement programs and projects that will help meet the Clean Water Act goal of improved water quality as well as improved air quality and minimization of the adverse impacts of rapid development in the Puget Sound basin including activities linked to nonpoint sources or habitat restoration projects.

By 2011, EPA Region 10, working with its key state, tribal and local partners, have committed to attaining the following environmental outcomes for the Puget Sound Basin through 2011:

- 200 acres of prioritized contaminated sediments are remediated and upstream source controls are put in place;

- 3,500 acres of tidally or seasonally influenced estuarine wetlands are restored and protected;

Work that is critically needed for Puget Sound protection and restoration includes activities identified in, or consistent with, the Puget Sound Action Agenda, which is the EPA approved Comprehensive Conservation and Management Program (CCMP) for the Puget Sound National Estuary under ÃƒÆ’Ã†â€™ÃƒÂ¢Ã¢â€šÂ¬Ã…Â¡ÃƒÆ’Ã¢â‚¬Å¡Ãƒâ€šÃ‚Â§320 of the Clean Water Act.

These activities include, but are not limited to, work called for by established salmon recovery plans in the Puget Sound basin.

EPA has a trust responsibility to Federally recognized Indian Tribes in the region.

EPA also recognizes that Federally recognized Indian Tribes in the greater Puget Sound basin have a critical role in the protection and restoration of the ecosystem and its resources.

EPA seeks to provide financial assistance to these Tribes to help them finance implementation of priority strategies and actions in or consistent with the approved ÃƒÆ’Ã†â€™ÃƒÂ¢Ã¢â€šÂ¬Ã…Â¡ÃƒÆ’Ã¢â‚¬Å¡Ãƒâ€šÃ‚Â§320 CCMP for Puget Sound including, but not limited to, projects called for by established salmon recovery plans.

Funding Priority - Fiscal Year 2010: The priority for funding in FFY 2010 will be noncompetitively awarded Cooperative Agreements with each Puget Sound Tribe and each recognized intertribal consortium to support their efforts to consult with and coordinate with the Puget Sound Partnership in the implementation and updating of the CCMP for Puget Sound.

The mission of the Environmental Protection Agency is to protect human health and the environment. Since 1970, EPA has been working for a cleaner, healthier environment for the American people.

This assistance may be used by Tribes to implement work that is critically needed for Puget Sound restoration and protection.

Such work includes priority actions or strategies in or consistent with the approved ÃƒÆ’Ã†â€™ÃƒÂ¢Ã¢â€šÂ¬Ã…Â¡ÃƒÆ’Ã¢â‚¬Å¡Ãƒâ€šÃ‚Â§320 CCMP for Puget Sound including, but not limited to, projects called for by established salmon recovery plans, except where the proposed work is inconsistent with applicable Federal law, regulation or published EPA policy.

Additional information on use restrictions, if any, for the Puget Sound Protection and Restoration: Tribal Implementation Assistance Program, will be provided in each request for proposals published on the EPA Region 10 website.

Assistance agreement awards under this program may involve or relate to geospatial information.

Further information regarding geospatial information may be obtained by viewing the following website: http://geodata.epa.gov.

Grant recipients and sub-recipients are encouraged to conduct initiatives of the type described in section 3(a) of the Federal Leadership on Reducing Text Messaging While Driving Executive Order that was signed on October 1, 2009.

All federally recognized Indian Tribes located within the greater Puget Sound basin, and any consortium of these eligible Tribes, may apply for funding under the program.

The greater Puget Sound basin is defined as all watersheds draining to the U.S.

An Intertribal consortium must have adequate documentation of the existence of the partnership and the authorization of the member Tribes to apply for and receive assistance.

An Intertribal consortium resolution is not adequate documentation of the member Tribes" authorization of the consortium unless it includes a written certification from a duly authorized representative of each Tribal government.

Business enterprises and individuals or families will also not be eligible applicants.

However, EPA strongly encourages eligible applicants to solicit participation from these types of entities as local collaborators.

All of these types of entities are eligible to apply for subawards or subcontracts from a successful award recipient.

For certain competitive funding opportunities under this CFDA description, the Agency may limit eligibility to compete to a number or subset of eligible applicants consistent with the Agency"s Assistance Agreement Competition Policy.

The beneficiary of this assistance under this program would be the Federally recognized Indian Tribes or the consortia of these Tribes that receive the assistance. Ultimate beneficiaries would include the tribal members and the general public (due to the general public"s interest in restoring and protecting the resources of Puget Sound).

No Credentials or documentation are required. This program is excluded from coverage under OMB Circular No. A-87.

For additional information, contact the individual(s) listed as &quot;Information Contacts&quot; or see Appendix IV of the Catalog.

12372 &quot;Intergovernmental Review of Federal Programs&quot; because the State of Washington has chosen to not participate in this review process.

OMB Circular No. A-102 applies to this program. This program is excluded from coverage under OMB Circular No. A-110. Applicants will be required to submit application materials as described in the Request For Proposals. The Request For Proposals will also specify the submission methods which generally include an electronic and hard copy submission option. The standard application forms as furnished by the EPA and required by OMB Circulars No. A-110 and A-102 must be used for this program. EPA requires final applications to be made on Standard Form 424. Requests for application kits must be submitted to the Environmental Protection Agency, Grants and Interagency Agreement Management Division, 1200 Pennsylvania Avenue, N.W., Mail Code 3903R, Washington, DC 20460 or though the EPA Region 10 Grants Administration web site at: http://yosemite.epa.gov/r10/omp.nsf/webpage/. Applicants may be able to use http://www.grants.gov to electronically apply for certain grant opportunities under this CFDA.

For competitive awards, EPA will review and evaluate applications, proposals, and/or submissions in accordance with the terms, conditions, and criteria stated in the competitive announcement. Competitions will be conducted in accordance with EPA policies/regulations for competing assistance agreements. EPA reserves the right to reject all applications and make no awards under any RFP issued under this program.

From 120 to 180 days. The Region expects that its review of the applications received in response to competitive solicitations will be completed within 120 to 150 days following the deadline for the submission of applications for each Request for Proposals issued under this program.

Assistance agreement competition-related disputes will be resolved in accordance with the dispute resolution procedures published in 70 FR (Federal Register) 3629, 3630 (January 26, 2005). Copies of these procedures may also be requested by contacting the individual(s) listed as &quot;Information Contacts.&quot; Disputes relating to matters other than the competitive selection of recipients will be resolved under 40 CFR 30.63 or 40 CFR 31.70, as applicable.

For the awards to be made under the competitions conducted under this program, the Puget Sound Management Conference, represented by the Puget Sound Partnership, has agreed to provide all of the required non federal match for successful project proposals for the 2010-2011 biennium under a cooperative agreement with EPA. Accordingly, eligible applicants will not be required to provide any of the required non-federal match.

Contact the Puget Sound Partnership office or EPA Regional Office contact identified in this program description for more information.
This program does not have MOE requirements.


Length and Time Phasing of Assistance

No program reports are required.

No cash reports are required.

Progress report requirements will be a part of each assistance agreement.

A schedule of interim milestones and the outputs that will be completed by the end of the project period will also be included.

Typical progress reports will discuss the progress that has been made on each major task and on each interim milestone identified in the approved statement of work.

Progress reports will also discuss any difficulties or problems that have been encountered and how they have been or are being resolved.

Other specific reporting requirements will be defined in the assistance agreement based on the statement of work described in the application.

Expenditure reports will typically be required at the same time intervals as progress reports.

THe expenditure reports will document expenditures to date, including expenditures of any matching funds, in a manner that allows the report user to confirm that matching requirements, if any, are being met and that all assistance payments (disbursements to assistance recipients) are for costs that have been incurred in compliance with applicable costs principles.

No performance monitoring is required.

In accordance with the provisions of OMB Circular No. A-133 (Revised, June 27, 2003), &quot;Audits of States, Local Governments, and Non-Profit Organizations,&quot; nonfederal entities that expend financial assistance of $500,000 or more in Federal awards will have a single or a program-specific audit conducted for that year. Nonfederal entities that expend less than $500,000 a year in Federal awards are exempt from Federal audit requirements for that year, except as noted in Circular No. A-133. Grants and cooperative agreements are subject to inspections and audits by the Comptroller General of the United States, the EPA Office of Inspector General, other EPA staff, or any authorized representative of the Federal government. Reviews by the EPA Project Officer and the Grants Specialist may occur each year.

Financial records, including all documents to support entries on accounting records and to substantiate charges to each grant must be kept available to personnel authorized to examine EPA grant accounts. All records must be maintained until expiration of 3 years from the date of submission of the final expenditure report. If questions still remain, such as those raised by an audit, related records should be maintained until the matter is completely resolved.

The Region will also be obligating approximately $3.2 million in FFY 2010 funds to support Tribal implementation efforts under noncompetitive awards authorized by an exemption from competition under the EPA"s Grants Competition Policy, granted on March 2, 2010.

The Region has not yet determined whether it will be making any additional competitive solicitations under this program in FFY 2010.

FY 2011 estimated obligations are $3.3 million for the noncompetitive Tribal awards.


Range and Average of Financial Assistance

The range of expected awards is between $100,000 and $150,000 with an average of $125,000. Noncompetitive awards to tribes and intertibal organizations under the exemption from the EPA"s Grants Competition Policy granted on March 2, 2010, will be for Cooperative Agreements that the EPA expects to fund incrementally over a five year period that expires at the end of FFY 2015. These awards may range from $300,00 to $400,000/year.

The evaluation and selection criteria for competitive awards under this CFDA description will be published in the announcement of the competitive funding opportunity (the Request for Proposals or RFP). 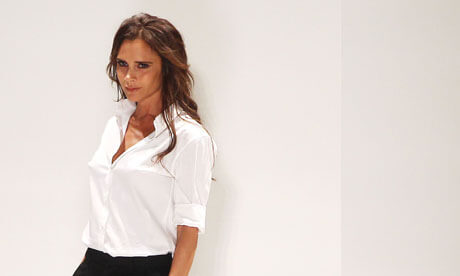