90% of Americans consume too much sodium, increasing their risk for high blood pressure.

Americans consume an average of 3,500 mg of sodium each day, considerably more than the recommended limits for sodium intake in the 2015-2020 Dietary Guidelines for Americans (http://health.gov/dietaryguidelines/2015/guidelines/).


400,000 deaths each year are attributed to high blood pressure and decreasing sodium intake could prevent thousands of deaths annually.

More than 75% of the sodium Americans eat comes from restaurant and packaged foods—not the salt added at the table or during home cooking.

Decreasing personal sodium intake can be difficult, even for motivated persons.

Not only is sodium ubiquitous in the food supply, but sodium content can vary significantly within food categories and some of the highest contributors to sodium intake may not taste salty.

Nutrition labeling and package messaging can be misunderstood by consumers.

In September 2010, CDC funded a demonstration project to support sites in conducting community-level sodium reduction work under Funding Opportunity Announcement (FOA) DP10-101 9. Based on lessons learned, CDC awarded funding in 2013 for communities to implement and evaluate promising, broad-reaching and sustainable sodium reduction strategies in priority venues under FOA DP13- 130 1. Results from these efforts demonstrate that organizational and community-level interventions have the potential to increase the availability and accessibility of lower sodium options in multiple venues and entities (e.g.

More work is needed to determine whether these interventions result in sustainable, population-wide reductions in sodium consumption, how these strategies influence the availability and identification of lower sodium products, and to what extent effective strategies are scalable, resulting in increased impact.

Reviews of the available evidence and lessons learned from these communities also show that meaningful sodium reduction at the population level requires changes in the food supply.

This FOA will fund grantees to implement and evaluate promising, broad-reaching, and sustainable strategies in priority venues and entities with an added focus on collaboration with the food sector (e.g.

Grantees will conduct sodium reduction efforts as part of a sustainable comprehensive strategy aimed at improving the food environment (e.g., assisting in compliance with FDA’s final determination regarding partially hydrogenated oils, increasing fruits and vegetables, etc.) in support of the Dietary Guidelines for Americans.

Want to Boost the Effectiveness of Philanthropy? Try Being More Inclusive

A Conceptual Framework Can Get Kids to Eat More Vegetables

The Folly of Philanthropy

The Dairy Value Chain: To Address Delivery of Health and Feed Services 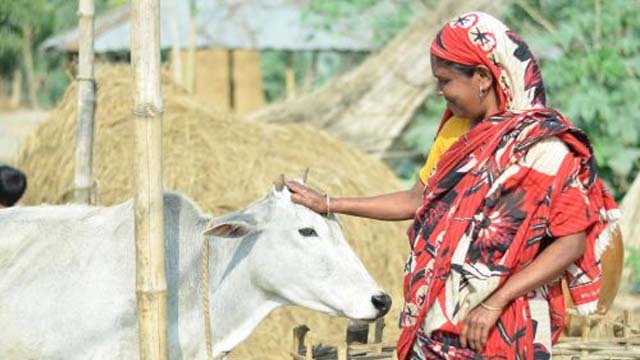 Toby and Martha Brooks, a family from Atlanta, give back through CARE’s work in Bangladesh. The Brooks created and funded a unique social enterprise model called the Dairy Value Chain. Many families in Bangladesh have a cow, but aren’t educated about how to best use it to generate income and feed their families.