In 2009, based on a series of meetings across the country addressing violent crime in Tribal communities, the DOJ made the decision to decrease the number of applications Tribes and Tribal consortia were required to submit to receive grant funds from the U. S. Department of Justice (DOJ). 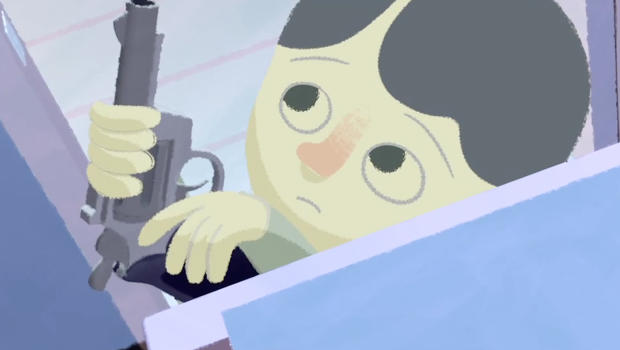 How's Your Community Doing?
Check Out it's
Community Vital Signs
DOJ launched its first-ever Coordinated Tribal Assistance Solicitation (CTAS) combining DOJs existing Tribal government-specific competitive solicitations into one, and thus requiring only one application from each Tribe or Tribal consortium.

This approach provides federally-recognized Tribes and Tribal consortia the opportunity to develop a comprehensive approach to public safety and victimization issues.

Over the past four years, through numerous meetings, Tribal written comments, face-to-face Tribal consultation, focus groups, and listening sessions, with the latest having occurred in FY 2013 at the Tribal Justice, Safety and Wellness Session held in October 2012 in Tulsa, Oklahoma, the DOJ continues to further refine CTAS.

Additionally, DOJ circulated an assessment tool to Tribes each year in order to gather feedback about their experiences applying for CTAS.

The DOJ incorporated feedback from the Tribal meetings, consultations, and the assessment tool and made the following changes to this FY 2014 CTAS:
 The question-and-answer templates have been coordinated and refined across Purpose Areas to ensure more uniformity and cohesiveness and to reduce duplication.

 The Office on Violence Against Women (OVW) Tribal Sexual Assault Services Program will continue to be administered separate from CTAS.1  Due to limited funding, DOJ will not be making awards under Purpose Area #4 for new construction projects for justice system facilities in FY 201 4. Awards will be focused on renovation.

 The Bureau of Justice Assistance (BJA) will not award any planning grants under Purpose Area # 4. Applicants interested in justice system planning efforts are encouraged to apply under Purpose Area # 2.  Applicable Purpose Areas have been updated to allow activities related to Tribal jurisdiction over non-Indian perpetrators of domestic violence on Tribal lands, as authorized through the Violence Against Women Reauthorization Act of 201 3.  The Budget Detail Worksheet for Purpose Area #1, which is administered by the Office of Community Oriented Policing Services (COPS Office), has been redesigned.

In FY 2013, 237 Tribes (individually or as part of a consortium) submitted applications, resulting in the DOJ funding nearly 200 grant awards.

As in the previous four fiscal years, this FY 2014 solicitation refers to DOJs Tribal government-specific competitive grant programs as Purpose Areas. Applicants may select the Purpose Area(s) that best address Tribes concerns related to public safety, criminal and juvenile justice, and the needs of victims/survivors of domestic violence, sexual assault, and other forms of violence.

In response to a single Tribal or Tribal consortium application requesting funds from multiple Purpose Areas, multiple awards may be made.

DOJ anticipates that grants will be managed by the awarding DOJ program office.

In some cases, funding streams from different DOJ components may be combined into a single Purpose Area for the purposes of the application.

In the event that a Tribe or Tribal consortium receives two separate awards under that Purpose Area, those grant funds must be maintained separately and all required reports for each awarded grant must be filed with the applicable DOJ component.

Changes to DOJ grant programs enacted with the passage of the Tribal Law and Order Act (TLOA) continue to be incorporated into this solicitation.

In addition to the CTAS coordinated approach for funding for FY 2014, federally-recognized Tribes and Tribal consortia may be eligible for and are encouraged to submit separate applications to any non-Tribal government-specific DOJ grant programs for which they may be eligible.

For information on additional funding sources, go to www.grants.gov and the web sites of individual federal agencies.The DOJ components offering Tribal government-specific grant resources through the nine Purpose Areas identified in this Coordinated Tribal Assistance Solicitation are listed below.

For more information on each component, see www.justice.gov/tribal.

How Social Media Is Linked With Social Skills in Children

Faith-Based Agency is Raising Funds to House the Homeless

Creating Programs That Mentor and Move Minorities to Majorities in STEM

Contact:
Technical Assistance for Submitting an Application: Contact the GMS Support Hotline at 18885499901, option 3, or via e-mail at GMSHelpDesk@usdoj.gov. The GMS Support Hotline hours of operation are MondayFriday from 6:00 a.m. to 12:00 midnight ET, except U.S. federal government holidays.Sol